A few years ago, I discovered the Slow Food Movement, and the way I ate and cooked changed.  I was more discerning about where my food came from, what I did to it, and the atmosphere I created when I ate it.  Suffice to say, as the name suggests, this takes time.  I was eating and cooking more slowly, and paying more attention to the experience of the meal.  In short, I became one of those food wankers who takes Instagrams of their lunch.  Fast forward a few years and I’m faced with not just a meal to put together, but an entire kitchen.  In retrospect, starting a kitchen reno when 6 months pregnant probably isn’t the best idea we’ve ever had, but we’ve had the luxury of taking it slow, and fitting work in whenever the Mister has time to breathe and whenever I’m not being sick or doing a beached whale impression.  I think we may have started the slow kitchen movement. 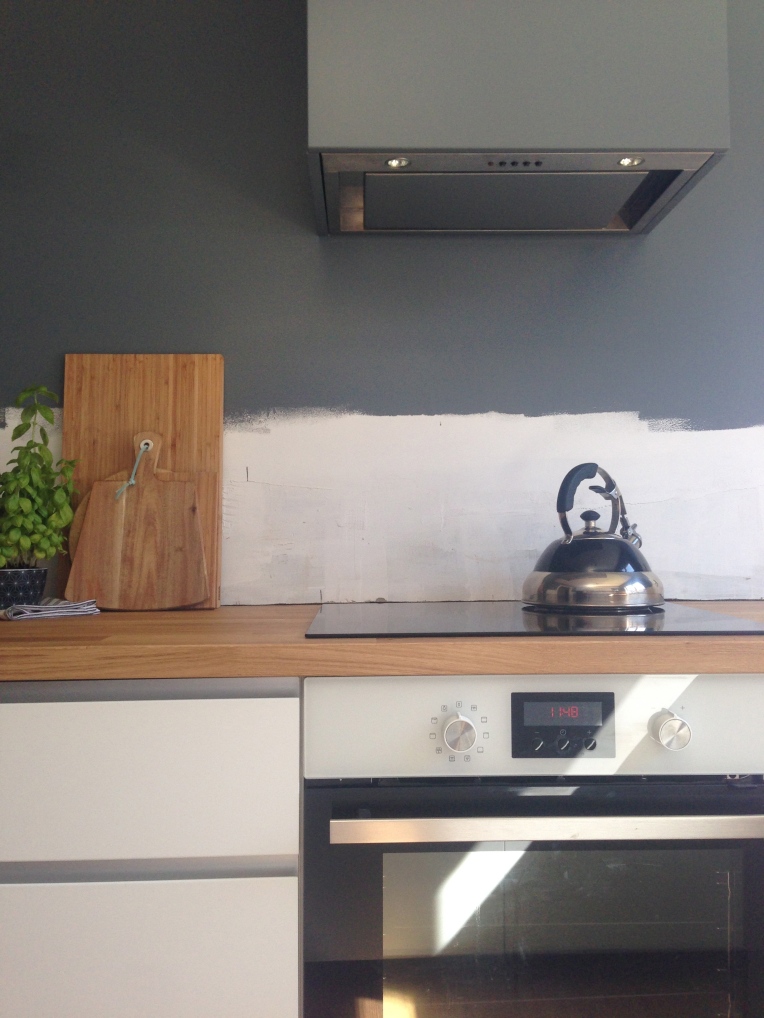 Very clearly not finished yet, the obvious missing factor being the tiles.  We have tiles – great white glossy, daunting things! And black grout! And edging!  It’s just sat there at the moment, but once that goes up things will be that much closer to feeling together.  We also need to put the door on the washing machine and the dishwasher (fun fact: Ikea have discontinued the door attachment kit for third-party dishwashers).  The plinths and the worktop-back-edging need to go on, the wall cabinets need to be bolted together and I think that’s it.  Oh, and we’re going to put an open shelf to the left of the extractor cabinet for crockery and particularly pretentious cookbooks. 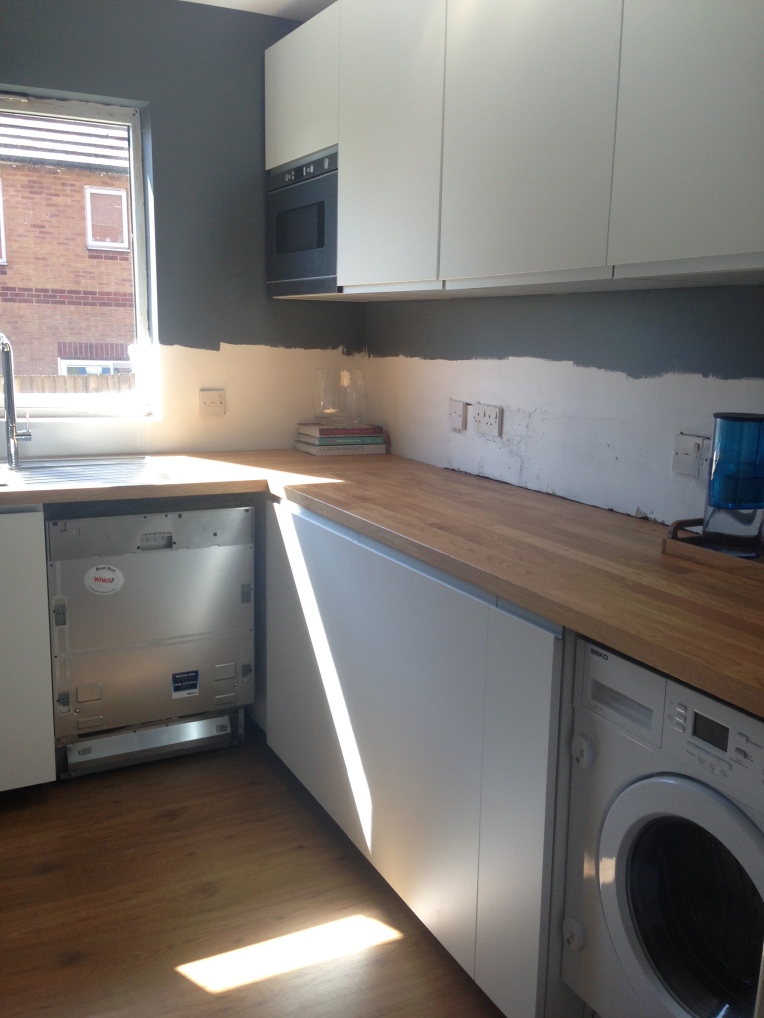 I’m actually quite proud of the extractor cabinet above the hob there.  There was a LOT of debate over what kind of extractor to get, and we nearly ended up with a plain stainless steel one-you know the type, looks a bit like an upside down capital ‘T’.  The one thing we had to work around in this kitchen is where the outlet for the extractor is.  In the picture above you can see it in the top right-a ragged hole stuffed full of plastic bags because SPIDERS.  If we had gone for a ‘traditional’ hood, we would have had to botch it quite a lot, as most fans just want to vent UPWARDS, never sideways.  We figured that if we got an integrated cabinet fan, we could stick some industrial ducting out of the side, and channel to the outside.  That’s the theory, anyway.  The decision to paint the cabinet and door the same colour as the wall was one I wasn’t 100% on board with, but I think it works.

A final note to anyone who’s good at math or knows me IRL-I still haven’t had the damn baby yet.  He’s a week late now.  I think if I just start tiling, he’ll decide that that’s a SUPER GOOD time to arrive, so perhaps that’s the plan.  Oh, also this was my 100th post, I hoped to have finished, but I can’t leave you hanging.