I’ve spent the last two evenings baking my arse off in the name of charity.  To raise money for my companies charities we often hold bake sales.  These rather inoffensive events can easily turn into a competitive ‘Great British Bake Off’ if you’re not careful.  Ask anyone who knows me, they’ll tell you I’m not famed for being careful.  So, I baked a cake I’ve seen over on the Pinterest.  I present… 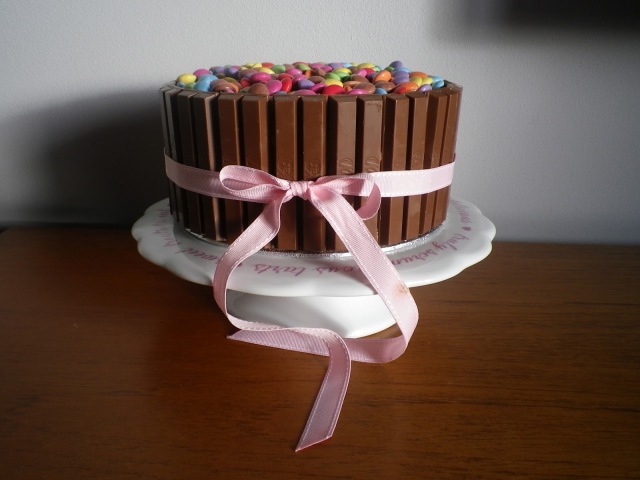 In all fairness, it was a pretty easy cake to make, although I never want to unwrap another KitKat, ever again.  It’s basically a chocolate sponge, covered in buttercream, with KitKats stuck to the outside and Smarties poured on top.  Simple, but effective.  This cake is going to be raffled at the bake sale, so it had to be robust enough to stand a journey both IN and OUT of work again. 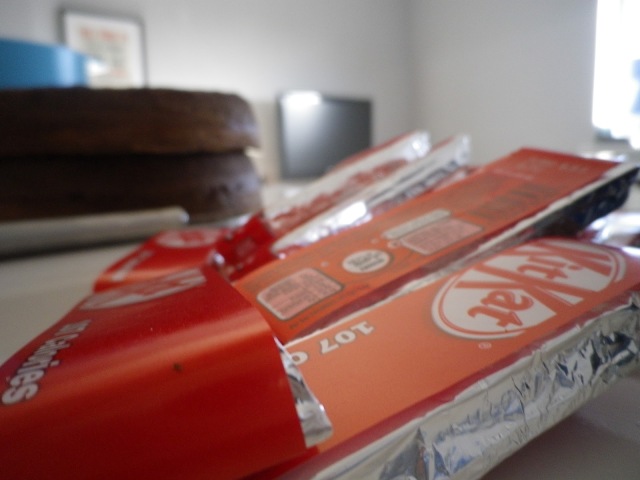 I also baked a carrot cake with cream cheese frosting, a regular chocolate cake, some vanilla cupcakes, a ginger cake aaaaaaaand a lemon drizzle cake.  What can I say?  I like to bake. 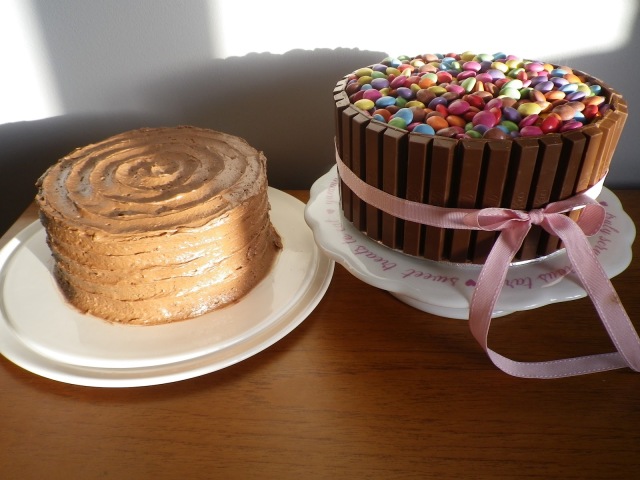 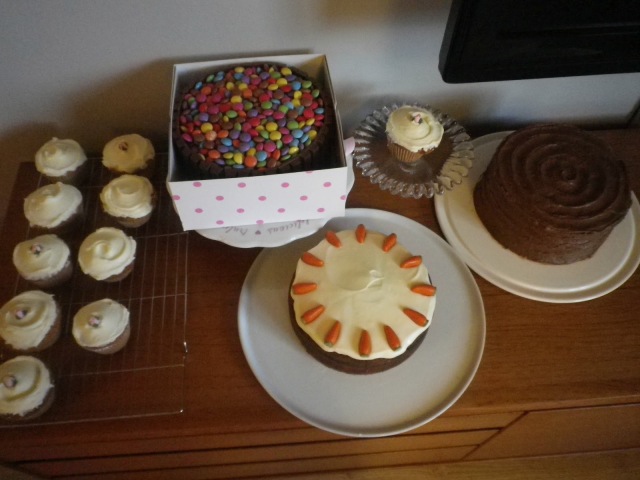 More epic Smarties cake… Actually, I think I’ll dedicate this to my Blog Stalker.  You know who you are 😉 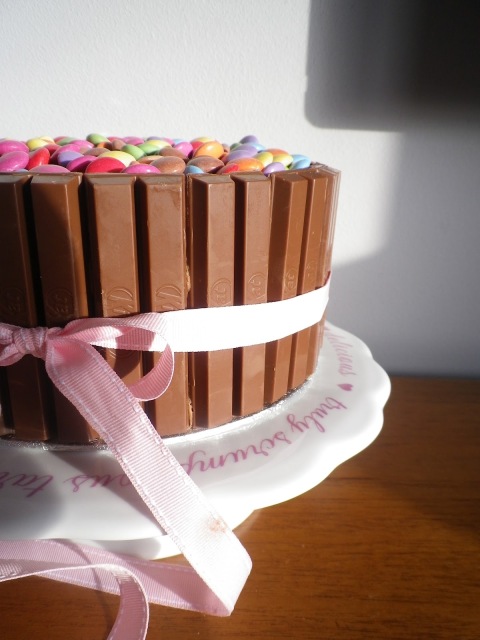 And on that rather delicious note, I shall leave you!  I’ll try and get some pictures of the cake trolley tomorrow laden with goodies, including homemade flapjacks, made by someone else, but from my secret recipe! (FYI, the secret is cornflakes.  Shhhhh!)